FENGSHUI REMEDIES AND ENHANCEMENT FOR 2008

In year 2008, South is considered the most inauspicious direction. To enhance the fengshui of your premises, one must first reduce the negative vibrations from the South. If your main door, bedroom or desk is located in the East and SE you may expect good fortune and prosperity with proper fengshui placements.

If the main door of the office/house is located in the North sector, the movement of Qi in the “Tai Sui” position may bring financial losses, sickness or misfortune. Renovation works or ground breaking in the North should be avoided. Place a copper Pixiu (with 6 Bagua coins) in the North to appease “Tai Sui” and enhance the 6 white star. Enhancement of the 6 white star will improve the personal luck of the male occupants.

If the main door of the office/house is located in the NW sector, occupants may tend to fall sick easily. Place a copper gourd (with 6 Bagua coins) near the main door to ward off the star of sickness. In olden times, people would hang a gourd near the door to symbolize fertility or store medical herbs. As a fengshui remedy, a metal gourd with 6 Bagua coins can exhaust the earth element of the star of sickness. According to the later heaven Bagua, 6 symbolize “Chien Gua” and the metal element.

In 2008, the most inauspicious sector is in the South. The inauspicious stars that have reached the South were three killings, 5 yellow and “Sui Po.” One should avoid all kinds of renovation work or ground breaking in this direction. Place 5 element Pagoda (with 6 Bagua coins) in the South to dissolve all forms of negative forces. In fengshui, the 5 element Pagoda symbolize the 5 cosmic forces of the Universe, namely Earth, Water, Fire, Wind and Space.

The 8 white wealth star has reached the East. Place a jade Pixiu to attract good fortunes from all directions. It is a Chinese belief that Pixiu possesses the divine power to attract luck and ward off evil forces.

The 9 purple star has reached the South East. Place a pair of mandarin ducks in the SE sector to improve marital relationships and a wealth bowl (filled with 8 colour crystals and 6 Bagua coins) to accumulate abundance and wealth.

Previously
How Conservative are You? / SOHO Fengshui / Do You Need 25 Hours? / More >> 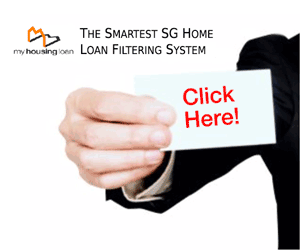